Joe Cistone will facilitate a discussion on Immigration and Sanctuary on MDI.

As the Chief Executive Officer of International Partners in Mission (IPM), Joe Cistone provides the strategic vision, leadership, and supervision of all activities, programs and staff of this interfaith, international, non-governmental organization with offices in El Salvador, India, Italy, Kenya, and the USA. Joe began his work with IPM in June of 2001. IPM has quintupled in size during Joe’s tenure with over 2,200 Immersion Experience Program participants since 2002 and directly impacting the lives of over 60,000 persons around the world annually.

Before working for IPM, Joe served as the Vice President of Capital, Endowment, and Philanthropic Programs at The Catholic Diocese of Cleveland Foundation (1997-2001). From 1990-1997, Joe lived in Rome, Italy where he pursued a Ph.D. at the Gregorian University and worked with a variety of organizations. Joe was a Research Assistant in the Department of Programmes at Caritas Internationalis (1990-1992); the Director of the Joined Hands Refugee Center (1991-1995), where he served as an IPM Project Coordinator; and, as Associate Director of the International Office for Justice, Peace, & Integrity of Creation of the Franciscan Friars Minor (1995-1997).

Joe holds degrees from the College of the Holy Cross (B.A. in History and Religious Studies) Worcester, MA) and Yale Divinity School  (M.A.R with a Concentration in Social Ethics), an Executive Education Certificate in Non-Profit Management from Case Western Reserve University (Cleveland, OH), and a Doctorate of Ministry Degree from Eden Theological Seminary (Saint Louis, MO). He serves on a number of international and national Boards, has lectured and/or taught at leading academic institutions around the world, and has had his written work published widely. Joe is an ordained Minister in the United Church of Christ and, since 2016, has served as the Pastor of Seaside United Church of Christ in Northeast Harbor, Maine.

He is the recipient of the Sanctae Crucis Award from Holy Cross (Worcester, MA), the highest non-degree recognition bestowed by the College on an alumna/us, was member of the charter class of Cleveland Bridge Builders (2001), and received a special Founders Award from Gilmour Academy (Gates Mills, OH).  Joe currently resides in Mount Desert, ME, with his spouse Alyne Kemunto Cistone (a Visiting Professor at the College of the Atlantic, Bar Harbor, ME) and is the proud father of Francesca, JJ, and Kemy.

Reservations by email only at: coffeeclash@gmail.com

Each attendee will be charged $5 and receive a coffee and pastry (unless purchasing more than a $5 breakfast.) Tips are always appropriate. 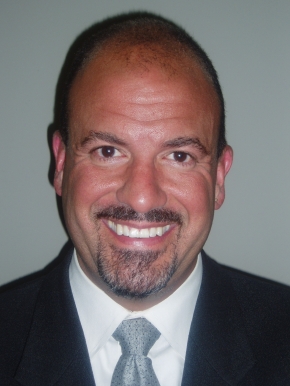