Volunteers are the backbone of Acadia Senior College

All of our instructors, board members, committee members, and presenters are volunteers! You, as members of Acadia Senior College, are what make our classes and events so wonderful. There are always opportunities to join in! Here are some of the areas we need help. 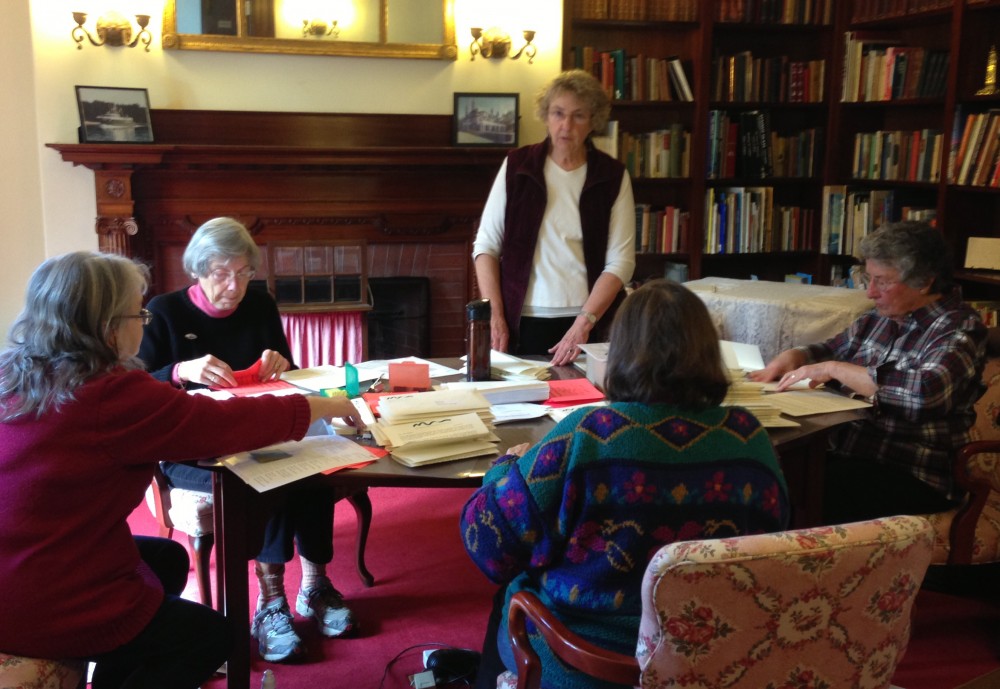 Meet Ben Blaney, instructor of many classes on Norse Mythology and Icelandic Sagas

Ben Blaney has the distinction of having taught the most classes of any Acadia Senior College instructor. Beginning soon after the College's founding, Ben has provided us with twenty-eight of his popular courses over the years.

He has offered classes in the medieval German myth Wolfram’s “Parsifal” and Gottfried’s “Tristan,” Indo-European Historical Linguistics, and Norse Mythology: Gods and Heroes. But the core of his curriculum, which he returns to again and again (and so do many of his students!) is The Sagas of the Icelanders.

The Sagas of the Icelanders, dating from the 13th and 14th centuries, are the oldest Western narratives in prose form. They tell the stories of heroes and families, their adventures, loves, and conflicts. Scholars believe the Sagas to be based on real historical events of the 10th and 11th centuries. Ben offers such intriguing topics as “Poets, Priests, and Power Politics,” “Outlaws, Lawyers, and the Law,” and “The Vikings in Greenland and North America.”

An expert in Germanic Languages, Ben spent most of his teaching career at Mississippi State University in Starkville, where he and his late wife Ginny raised their three sons. He taught every level of German – from German I through Masters programs. He was also able to offer courses based on his passion for Old Norse, including “Norse Mythology” in the Religion Department and “Vikings” in the History Department.

Upon his retirement, he brought his expertise back to Bar Harbor and has been sharing it with us ever since. Ben grew up in the Boston area, and spent every summer of his life here on Ironbound Island in Frenchman Bay. His grandfather built a summer cottage there in 1893, and the growing family has continued to build summer homes on the Island for more than a century. It was Ben's lifelong dream to settle in this area, and when he retired, he and Ginny bought a home in Bar Harbor, from which they could easily get out to Ironbound. 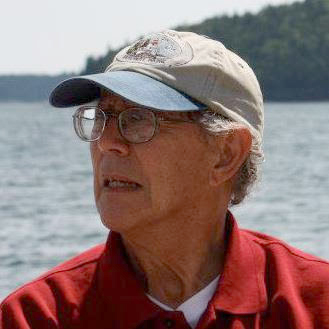 Both Ben and Ginny were active students and instructors in Acadia Senior College from its earliest days. Missing the dulcimer playing she had grown to love in Mississippi, Ginny offered classes through ASC and soon had two groups meeting year round – The Blueberry Jammers and the Blueberry Pickers. She convinced Ben to take her class so there would be more men in the group, and so he did, and has been playing his dulcimer happily ever since.

Besides teaching and taking classes, playing dulcimer, and singing in his church choir, Ben finds time for international travel and trips to visit his far-flung children. He still spends his summers on Ironbound, and in the off-seasons oversees many of the activities and maintenance tasks there.

Ben can also be found pouring the wine for many ASC social events. “My involvement with Acadia Senior College has made my retirement,” Ben says. “It's just the best teaching of my career.” And it is through ASC that he met his wife Ruth Rossi, who has now taken every one of his classes. To those who might be thinking about offering a class he says, “It's the most fun you'll ever have teaching.”

The influence and impact of Ben Blaney's work with ASC has definitely had it's ripple effect on me: After reading about the Vikings in North America, I went to Newfoundland and visited L'Anse aux Meadows, site of an 11th century Viking encampment. And this summer I'm planning a trip to Iceland – to hike the unique landscape and experience the homeland of Snorri and Egil. This story is typical of how ASC enriches the lives of all our students and instructors.

Photo (with dulcimer) by Jude Lamb